Commonly referred to as a ‘cool and refreshing’ version of the popular casino game, Pineapple Poker certainly lives up to its unique name, presenting a curious and fun take on the game that some players may not be immediately familiar with. 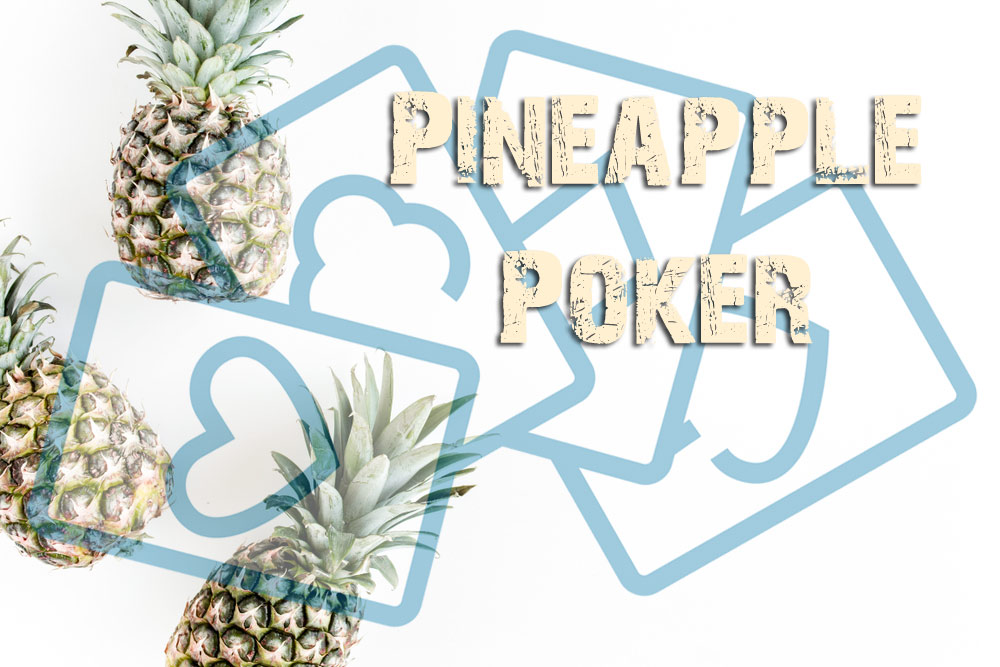 What is Pineapple Poker?

Quite possibly your new favourite game, that’s what. Sitting somewhere within the poker pantheon between Texas Hold’em in structure and Omaha in unpredictability, this pineapple variant tends to favour a faster playing pace, which brings with it certain strategic modifications. Players familiar with the aforementioned poker variants should have no problem picking it up as an entertaining new play style. For this reason it has become a popular choice both in physical casinos and among the online poker community, with an increasing number of online poker rooms offering Pineapple Poker as an option.

As a more action-oriented poker variation (we’ll delve into the intricacies of playing it further on), Pineapple Poker holds the potential to reignite your passion for the game if/ when you find your enthusiasm running dry, or may even help win new converts to the past-time.

It’s characterised by two key differences to other versions of poker. First, players are initially dealt three cards (rather than two or four), and second, one of those cards will inevitably be discarded before the hand is over. With this in mind, there are three distinct play styles with varying rules to be aware of (yes, even Pineapple Poker has variants!):

These are the basic Pineapple Poker rules across its three core variants that all players should ensure they brush up on before getting started. Of course, those who are already familiar with other poker variants should pick it up in no time, but like all good games worth playing, it’s possible for those who are less familiar to pick it up rather quickly as well. If you are a newer player and would like to brush up on some other popular poker variants such as Texas hold-em, feel free to browse the archives on this website for detailed explanations on them. For now, let’s look at some of the more detailed aspects of play.

Whichever variation you like to play, it’s essential to know what certain terms and their consequences mean for Pineapple Poker. Here’s a brief rundown of how a typical game will proceed through each round:

There are other, smaller details to the game that are best discovered as you play. Your appetite to play Pineapple Poker should now be adequately whetted if it wasn’t already. So what are you waiting for? Go and try it for yourself!